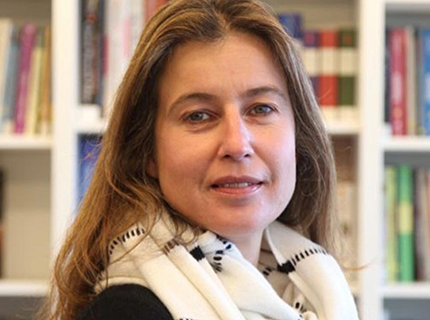 Director and Associate Professor of the Institute of Bioethics of the Universidade Católica Portuguesa, Lisbon (PhD).

Ana Sofia Carvalho has a licentiate in Microbiology, a post-graduation in Bioethics, a master’s degree in Bioethics and Medical Ethics and a doctoral degree in Biotechnology (2001), by the Universidade Católica Portuguesa, Lisbon.
She is the Director of the Institute of Bioethics of the Universidade Católica Portuguesa, Lisbon (IB-UCP) and an Associate Professor at this university.

She is a member of the European Group on Ethics in Science and New Technologies and the Coordinator of the Bioethics Doctoral Program (IB-UCP). She is a Member of the National Council of Ethics for Life Sciences, a Coordinator of the Unesco Chair in Bioethics (IB-UCP) and a Coordinator of the Research Responsibility Program of the Foundation for Science and Technology (FCT). She is also a Member of the Commission for Scientific Integrity of the Oswaldo Cruz Institute, Oswaldo Cruz Foundation, Rio de Janeiro, Brazil and a Specialist FP7 consultant in Ethics, science and society.
Additionally, she has been developing her work as an Expert in the area of ethical evaluation of the European Commission (Marie Curie Grants, European Research Council, European Commission DG Research & Innovation Directorate F – Health, European Commission DG Research & Innovation Directorate B – European Research Area B.6: Ethics and gender). 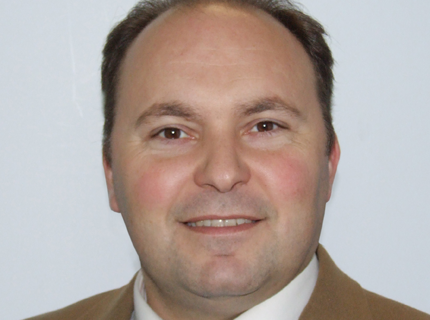 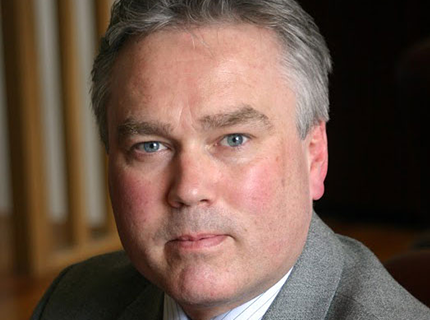 President of the IAEE and Director and Professor of the Institute of Ethics at Dublin City University in Ireland (PhD).

Bert Gordijn is Professor and Director of the Institute of Ethics at Dublin City University in Ireland. He has studied Philosophy and History in Utrecht, Strasbourg and Freiburg in Breisgau.

In 1995 he was awarded a doctorate in Philosophy from the Albert-Ludwigs-Universität Freiburg, followed by a doctorate in Bioethics from the Radboud University Nijmegen in 2003. Bert has been a Visiting Professor at Lancaster University (UK), Georgetown University (USA), the National University of Singapore, the Foundation Brocher (Switzerland), and Yenepoya University (Mangalore, Karnataka, India).

He has served on Advisory Panels and Expert Committees of the European Chemical Industry Council, the European Patent Organisation, the Irish Department of Health and UNESCO. Bert is Editor-in-Chief of two book series: “The International Library of Ethics, Law and Technology” and “Advances in Global Bioethics” as well as a peer-reviewed journal: “Medicine, Health Care and Philosophy”, all published by Springer Nature. He is Secretary of the European Society for Philosophy of Medicine and Healthcare and President of the International Association of Education in Ethics. 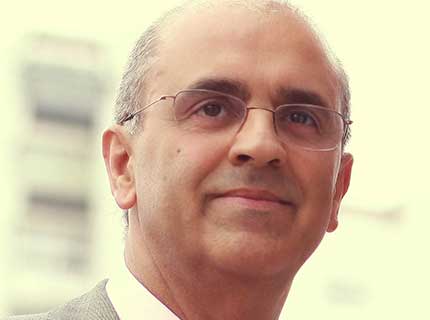 Assistant Professor at the University of Porto and President of the Ethics Committee of São João Hospital Center (PhD).

He is an Assistant Professor at the Faculty of Medicine of the University of Porto and President of the Comissão de Ética para a Saúde [Ethics Committee for Health] of São João Hospital Center and the Faculty of Medicine of the University of Porto. In addition to the positions held at the Faculty of Medicine, Filipe Almeida is a professional at the São João Hospital Center, working as a Paediatric Hospital Assistant and holds a specialisation in Paediatrics and has a subspecialty in Paediatric Intensive Care.
He has been a highly prominent professional as the Director of the Centro de Estudos de Bioética [Center for Bioethics Studies], and he is also a member of the Ethics Committee for Clinical Research and the Bioethics Institute of the Catholic Portuguese University. 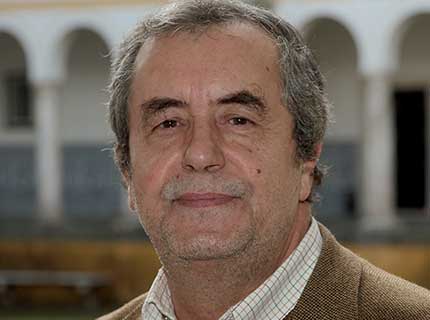 Full Professor at the School of Social Sciences, University of Évora and Chair at the UNESCO (PhD).

Filipe Themudo Barata holds a degree in History from Faculdade de Letras da Universidade de Lisboa [Faculty of Arts and Humanities of the University of Lisbon].
He is currently a member of the CIDEHUS – Interdisciplinary Centre for History, Culture and Societies, specialized in Cultural Heritage and Museology.
He is a chair holder of UNESCO “Intangible Heritage and Traditional Know-How: Linking Heritage”. Deputy Director of the Interdisciplinary Center of History, Cultures and Societies and Director of the Executive Committee and Follow-up to the Professional Training Course in Cultural Heritage and Intelligent Specialization. 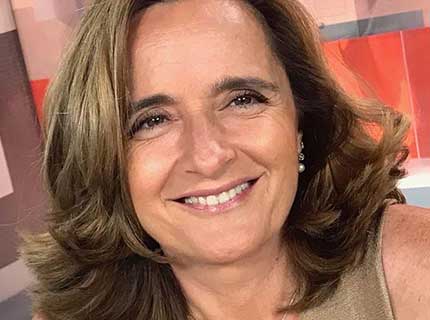 Full Professor at Coimbra University and Chair at the UNESCO for Biodiversity and Sustainable Development (PhD).

Helena Freitas holds a degree in Biology from the University of Coimbra, a PhD in Ecology from Faculty of Sciences and Technology of the University of Coimbra (FCTUC) and in collaboration with the University of Bielefeld, Germany.
As a full professor in the Department of Botany at the University of Coimbra, her main area of research is plant ecology, with special emphasis on the ecophysiology of terrestrial and coastal plant populations and communities. She is a chair holder of Unesco for Biodiversity and Sustainable Development. She was also Professor of the Department of Life Sciences where she was a member of the Scientific Council and holds the UNESCO Chair in Biodiversity and Sustainable Development.
Between 1999 and 2002 she was President of the Liga para a Proteção da Natureza [Nature Protection League] and was also the first Environment and Quality of Life Ombudsman of Coimbra, between 2002 and 2005. Later she was President of the Sociedade Portuguesa de Ecologia [Portuguese Society of Ecology] and Vice President of the European Federation of Ecology, between 2009 and 2012. 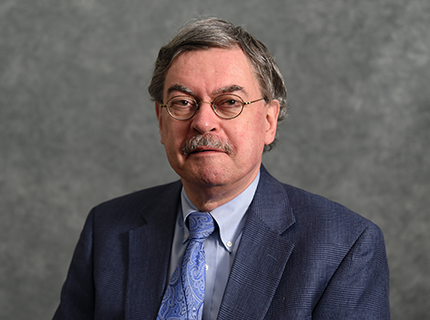 Director of the Center for Healthcare Ethics at Duquesne University in Pittsburgh – USA (PhD).

Henk ten Have studied medicine and philosophy at Leiden University, the Netherlands. He received his medical degree in 1976 from Leiden University and his philosophy degree in 1983. He worked as a researcher in the Pathology Laboratory, University of Leiden (1976-1977), as a practising physician in the Municipal Health Services, City of Rotterdam (1978-1979), and as a Professor of Philosophy in the Faculty of Medicine and Faculty of Health Sciences, University of Limburg, Maastricht (1982-1991). From 1991 he was a Professor of Medical Ethics and the Director of the Department of Ethics, Philosophy and History of Medicine in the University Medical Centre Nijmegen, the Netherlands. In September 2003 he joined UNESCO as Director of the Division of Ethics of Science and Technology, working at the Headquarters in Paris, France.

Since July 2010 he is Director of the Center for Healthcare Ethics at Duquesne University in Pittsburgh, USA. In 2011 he was appointed as Adjunct Professor at King Saud bin Abdulaziz University for Health Sciences, Riyadh, Saudi Arabia. 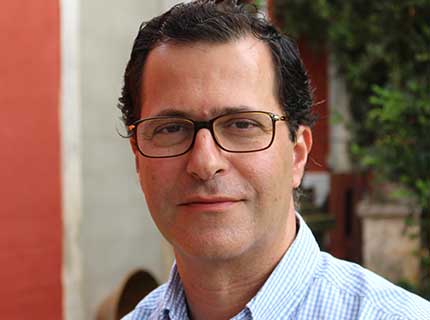 Director of the Department of History and Philosophy of Science at the Faculty of Sciences at the University of Lisbon (PhD).

Henrique Leitão has a licentiate, master and doctoral degree (1998) in Physics, by the University of Lisbon.

Since the year 2000 he has been dedicated to the history of science. He was one of the leading responsible for the creation of Centro de História da Ciência [Center for the History of Science ] (in 2003) and the Secção Autónoma de História e Filosofia da Ciência [Autonomous Department of History and Philosophy of Science] (in 2007), at the Faculdade de Ciências da Universidade de Lisboa [Faculty of Sciences at the University of Lisbon]. 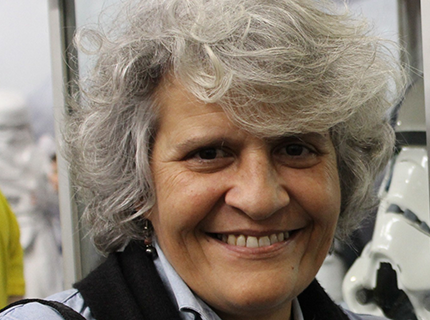 Full Professor at the Polytechnic Institute of Setúbal and Coordinator of the Nursing Department (PhD).

Coordinating Professor with Habilitation at Instituto Politécnico de Setúbal [Polytechnic Institute of Setúbal].
Lucília Nunes has a Habilitation in Philosophy with a specialisation in Ethics and a Master’s degree in Nursing Sciences from the Universidade Católica Portuguesa [Catholic Portuguese University] and in Cultural and Political History from Universidade Nova de Lisboa [NOVA University of Lisbon]. She also holds a PhD in Philosophy from NOVA University of Lisbon.
Professor Coordinator, member of the General Council of the Polytechnic Institute of Setúbal, president of the Council of Representatives of the School of Health and Coordinator of the Nursing Department. She is also a member of the Ethics Committee of the Setúbal Hospital Center and coordinator of the NURSE’IN – Nursing Research Unit of the South and Islands. 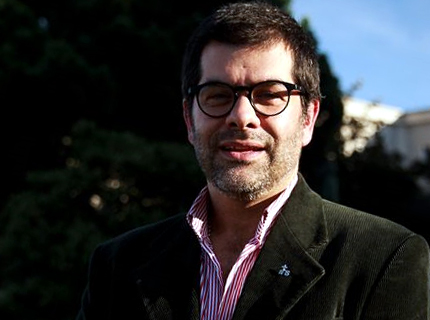 Researcher at the Blavatnik School of Government of the University of Oxford (PhD).

He then graduated in Theology at the Pontifical Gregorian University in Rome. He continued his studies in Theology, London, at Heythrop College, University of London, and completed his master’s degree in Contemporary Ethics.

He is currently a researcher at the Blavatnik School of Government at Oxford University (U.K.)